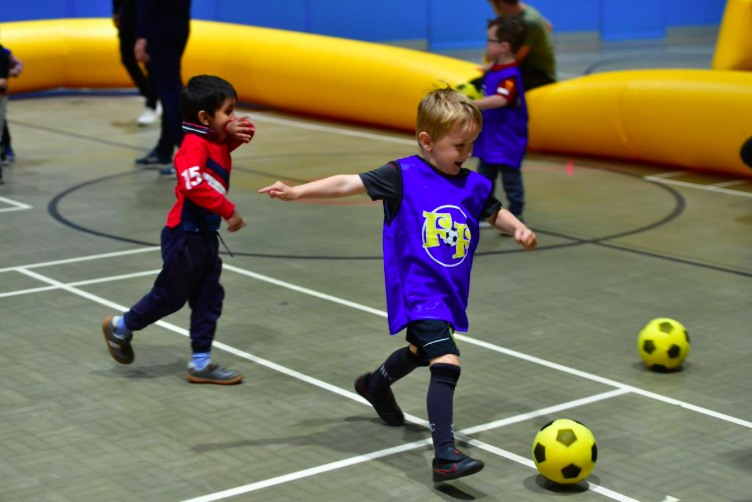 Fun sporting activities to promote being active were enjoyed by more than 150 children from nursery to year three.

The project, Ready Set Rossendale, held at the Adrenaline Centre in Haslingden links all schools from nursery to high school to tackle obesity, promote better mental health and collaboration.

The headteacher of Water Primary School, Chris Willan, is leading the project which has been previously aimed at other age groups, including high school children.

He said: “Once again Rossendale is leading the way in creating opportunities for our local children to move, smile and play.

“An introduction to sport at this age is of paramount importance and even more so in current times amid the uncertain global health backdrop.

“It is essential that we continue to deliver events to all of our children in order to inspire more physical movement which in turn has better health outcomes for us all.”

Football Fun Factory and Sensible Soccer both attended to host the sporting events which were focussed on fun instead of competition.

The providers brought along a colourful inflatable arena which made the event attractive and welcoming for the children.

Assistant Manager of Manchester United Mike Phelan from Sensible Soccer explained how football for him started with kicking a ball on the back street and became a life obsession, but that Sensible Soccer allowed him to support football in schools and at grassroots level.

Mr Willan added that, because the taster event was such a huge success, the plan was to offer similar events at different venues in Rossendale.

Ready Set Rossendale is part of Together an Active Future, a Sport England funded project being led in the Valley by Rossendale Leisure Trust.